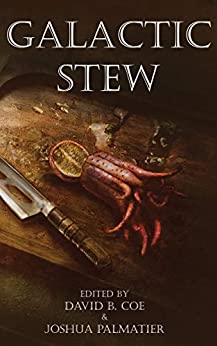 Food is an essential part of life—not just for energy and exotic flavors, but as a unifier during social events, a focal point for establishing culture, and shared experience to put people at ease. In GALACTIC STEW, readers will sit down at the communal table and sup upon stories centered on food. Whether it’s a tense treaty negotiation over a full course meal or a trap devised by the fae to chain you to their realm, these stories are certain to be delectable. Come and savor these delicacies…and hope the taste doesn’t mask a deadly poison!

GALACTIC STEW
Edited by David B. Coe & Joshua B. Palmatier

Introduction by David B. Coe

“Blue” by Paige L. Christie
“My Brother’s Leaves” by Diana A. Hart
“Snow and Apples” by A.L. Tompkins
“Sense and Sensibility” by Esther Friesner
“The Silence That Consumes Us” by Derrick Boden
“The All Go Hungry Hash House” by Andy Duncan
“Pickled Roots and Peeled Shoots and a Bowl of Farflower Tea” by Chaz Brenchley
“Course of Blood” by Howard Andrew Jones
“A Real Llywelyn Scone” by Mike Jack Stoumbos
“Tender” by R.S. Belcher
“That Final Touch of Salt” by Mia Moss
“Alien Capers” by Gini Koch
“Magick on the Half Shell” by Db Jackson
“Apocalypse Chow” by Jason Palmatier
“Six Sandwiches to Place Inside a Pentagram to Summon Me to Your Presence” by Gabriela Santiago 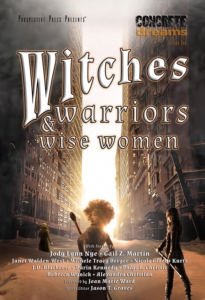 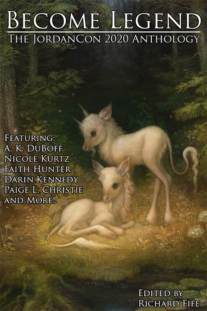 The Anthology will only be available for pick up at JordanCon in the Charity Auction Room. The books will NOT be shipped. A limited number of the books will be available onsite for purchase, but are not guaranteed. Pre-ordering is the only way to ensure that you will receive a copy.

Price includes all taxes and fees but is non-refundable. Net proceeds will go to the Mayo Clinic via JordanCon Charities.

If you will not be at the con and are going to have someone else pick it up, please put their first and last name as it will appear on their badge in the Additional Information box during checkout. 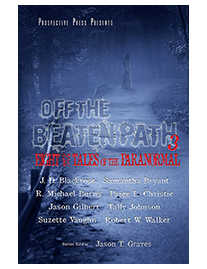 Eight Ghost Stories, by Eight Authors, for Eight Dollars? What’s Not To Love?